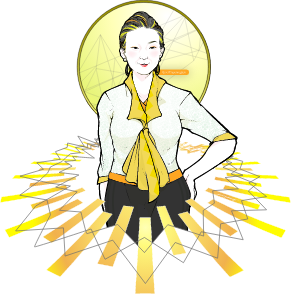 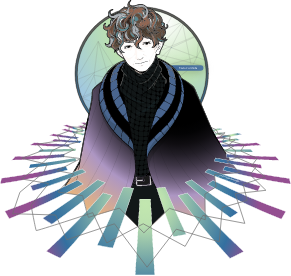 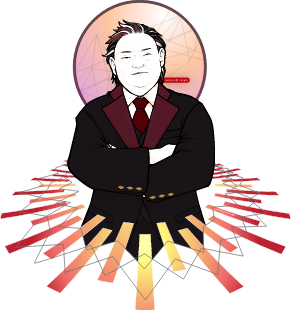 After graduating from Keio University's Faculty of Commerce, he joined Tokyo Broadcasting System (TBS) in 1973 and was assigned to the Production Department of the Television Production Bureau.
He was in charge of the popular programs of the time, such as "8 O'clock! All Together" and "Quiz Derby," popular programs at the time. Later, he used his experience to produce a series of hit programs, which brought TBS' viewer ratings back to second place in the industry and earned him the title of "God of Variety. After retiring from TBS, until 2006 he worked as executive director of Amuse Co., Ltd, a major entertainment company listed on the Tokyo Stock Exchange. He is as a senior supervisor of an AI (Artificial Intelligence) system development company from 2017, and in 2018, he founded AI-dea Inc. as an AI system development company and became the representative director of the company. He is a relative of the late Mr. Shoichiro Shiokawa, a politician who served as Chief Cabinet Secretary and Minister of Finance.

President of ONIGIRI Plus Inc., a cosplay company.
Under the slogan of "Cosplay culture to the world," the company creates opportunities to transform children who are shut-ins or who lack self-confidence, and engages in promotional production, event planning and production, and cultural activities using cosplay both in Japan and abroad. Their clients include major advertising agencies, major copyright holders, and local governments. She also speaks around the world about her experience of escaping from "withdrawal" and "bullying" and how women can shine and live their lives, and has gained the support of men and women of all ages. She has appeared in NHK specials, has over 1,500 registered cosplayers, and has been featured as a character in Mr. Leiji Matsumoto's "Arcadia of the Warring States" as Kinyasha (Golden Yasha). She has been active in the cosplay industry and Hollywood celebrities, and has been studying law and politics, and has made it her mission to spread the appeal and possibilities of cosplay both domestically and internationally. She was Beauty Japan 2019's first Grand Prix winner and specializes in regional revitalization, production of commercial facilities and subculture culture, and zero start planning.

Mr. Iba joined Daiwa Securities Co.Ltd.
where he was engaged in asset consulting business for more than 1,000 high net worth individuals. He has consulted more than 10 billion yen in assets. In 2014, he left Daiwa Securities and launched an asset management consulting company providing private banking services. He became the representative of the company and acquired knowledge of not only securities, but also real estate, insurance, taxation, and legal affairs. (Current position) 2015 Invested in a number of blockchain projects. 2017 Launched an asset management fintech venture and became a shareholder and board member. Established Japan's first asset management scheme and managed it after VC investment. Served as general manager of financial licensing in Japan.2019 Selected as managing partner of a Canadian financial institution and contributed to the expansion of its services. (Current position) 2021 Participated in the Japan launch member of the open networking of the social networking service Telegram. (Current position)

2008 Acquired Durac Asset Management Co.
Appointed as Representative Director. (Current position). In 2012, with the start of the feed-in tariff program for renewable energy, he began to approach consulting business in the PM and CM fields. Involved in the entire process from development to completion of construction, including coordination with local government and local communities to comply with laws and regulations, and also involved in financing arrangements and fund formation through his own investments, etc. 2015 SD Bau Energy Corporation, an EPC company, is established as a joint venture between Durac Asset Management Corporation and Smart Energy Corporation. Appointed as Representative Director. (Current position). Obtained a specified construction business license, completed the construction business in-house, and was involved in consulting and construction of solar power generation projects totaling more than 100 MW since entering the renewable energy field. 2021: Registered with the Kanto Local Finance Bureau as Durac Asset Management Co. Completed registration as a Type II Financial Instruments Business and Investment Advisory and Agency Business. In line with the trend of carbon pricing, proposed a scheme that mixes investment and environmental value, and started fund formation this summer.